I found myself pacing to and fro, being consumed with the images, news and riots surrounding the murder of George Floyd. Floyd, a black male, was murdered by Derek Chauvin, a white male police officer from Minneapolis. I was eager to provide some form of contribution. Especially, after seeing how much attention is on this event. Several days before this incident, I was perplexed with the timing of the 1st racial confrontation at Central Park, in New York City, between a white woman and a black man. This led to the outrage at this week’s demonstrations. I don’t want to get lost in my opinions about these incidents, because that leads to less empasis on critical questions. I just want to focus on my extreme curiosity of the timing of this racial altercation. Or, at least the fixation of the main stream media’s attention.

It is not my intention to underplay racism, and the extremity of these two events, however, it has been months since the media was engulfed in the blood thirsty headlines of Trump/Russia and racial division. Why is it that the media is pivoting its attention towards this event; when it was focused on COVID19 since January? What is the significance of these events? I was able to answer these questions after realizing many things, including that both these events happened on the same day, hours after each other. Details I discovered only after I committed to writing this piece. Both of these events are racially biased. These events occurred while many states began rolling back their “stay at home” orders. While SpaceX and NASA launched the 1st astronauts on a historic test flight. They also followed shortly after the CDC released its reports documenting how the pandemic fatality rates have dropped from its original rate of 3.4% to now .26%. They transpired after reports were surfacing about how “the clinical trial results for its groundbreaking COVID vaccine could not be much worse.” And now that COVID is of no use, “at the moment,” this bait draws once quarantined citizens to the brink of chaos.

Is it me, or something doesn’t add up? There are far too many details to comb through, but I’ll brush through some. Details don’t add up in how George Floyd allegedly worked in the same nightclub as the officer who killed him. Even more confusing, Derek Chauvin’s (officer who killed George) neighbors said they didn’t even know he was a cop. How about how the medics sloppily and negligently handled this situation? (I’m just gathering what I’ve heard). This is the same confusion protesters witnessed during the George Floyd protests, where many of them identified undercover cops and Antifa members hijacking and infiltrating the protests.  And, now CNN is “claiming” that a white supremacist group is posing to be Antifa, to stoke up chaos and violence. It seems like orchestrated chaos, as reallygraceful mentioned in her video, “Cui Bono? Who Benefits?” I am just attempting to protect our energy and attention from organized deception, at the expense of a man who was unjustly murdered. There are plenty ways we can handle this injustice, and destroying our cities and exhausting our precious energy and resources are not some of them.

I believe that to honor the life of Mr. Floyd we would organize ourselves similarly to that of the Black Panthers, the Underground Railroad, Black Wall Street, and the many tactics alike. We can even see communities, like the Jews, who organize their own private/volunteer patrol called “Shomrim;” or like the citizens of Cheran, Mexico, who built a community-based system for there own civilian militia. I am recommending that communities police themselves, and also that we find alternative solutions to these problems that we encounter. There are platforms that help groups organize and collaborate locally, paving the way for decentralized intentional communities. This event, and the attempt to usurp our liberties is a call to action, a call to strategize for harmonious collaboration. There are many ways to tackle our grievances, pick a task, and complete it.

After all the pacing I allowed my thoughts to pace the canvas of my notepad. And out of sprung this poetic piece…

We allow these optics to deceive our optics. We use our limited vision and strain our third vision. The plentiful decisions to choose where one’s attention is driven. I imagine the spirit is diminished, in fragments of nihilism. All in the name of reaction. The extraction of emotion, is an ageold tactic. We’ve been deceived beyond correction. There is only pestilence in this direction. The pipers tune of misdirection. For god sake revoke this very oppression. Where your energy is pushed toward aggression. We demand change from men who are old dogs, with old tricks, stuck in old ways, of which can’t be fixed. Like a battered spouse looking for another chance, maybe it’s time to learn a new dance. In this energy, is little opportunity for evolution. The elaborate range of deception. It could pull your heart in each and every direction. Protect your soul from the agenda of a foes perception. Protect your pineal gland. The master input for frequency reception. Don’t let them steer your rage. Don’t let them set the stage, for the “real” martial law. We must replace our habits of running to the streets, and instead mobilize our fleets, against the schemes of the elite. Let the “gland” guide you through these dark times.

In this time of crisis, it would benefit us to develop our skills. Sharpening our mental self-defense, non-violent communication, and financial independence skills. If you find yourself (as I have) looking for an environment to help reinforce these priceless tools, check out Autonomy, the self-development “underground railroad” of independent thinkers. 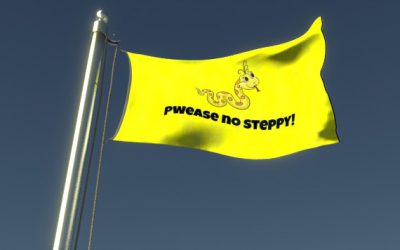 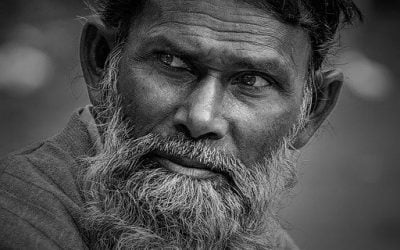 Money can not buy happiness, but debt can cause misery.